Assinar RSS
Daneka Nation is a Country / Rock crossover band based in Houston. In 90 days, his first single: "In a Different Light 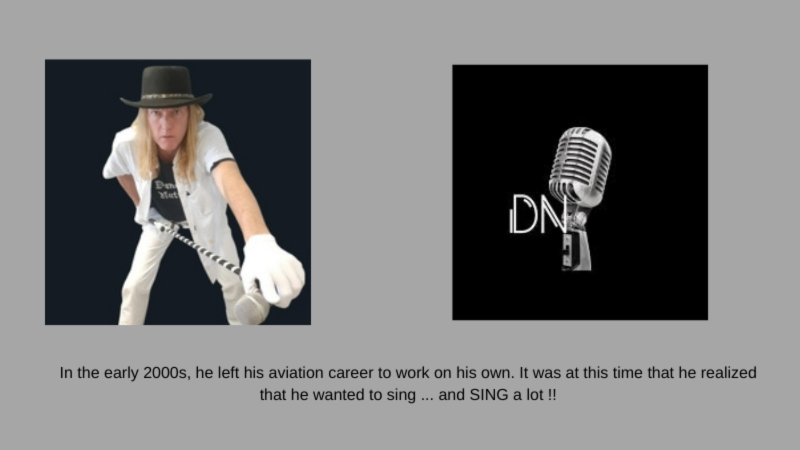 Daneka Nation is a Country / Rock crossover band based in Houston. In 90 days, his first single: "In a Different Light" was heard by more than 1,000,000 people ... and growing.

Rhett Daneka was born (Richard Bret Hutchins) in October 1967 in Baytown, Texas ... 25 miles east of downtown Houston. He graduated from Robert E. Lee High School in Baytown in 1986, after which he attended Texas Tech shortly before becoming a pilot. There was not enough money to pay for college AND flight lessons.

In less than 5 years he obtained his ATP (Air Transport License) and also Gold-Seal Flight Instructor. He was Chief Flight Instructor at the largest training school at Hooks Airport in the early 1990s. Later, he would fly in an air ambulance from Corpus Christi, Texas ... rescuing premature babies from small towns in southern Texas and taking them back to the best hospital for newborns ... in Corpus.

In the early 2000s, he left his aviation career to work on his own. It was at this time that he realized that he wanted to sing ... and SING a lot !!

From 2009 to 2019, he was practically off the radar ... just working a job and paying the bills. In 2020, the goal returned ... to enter the world of music. He sought out the best musicians, the best producer, the best recording studio and the best vocal coach.

The lead single "In a Different Light" will be released worldwide on January 17, 2021.